Skip to content
Home » Blog » Passing through the midst of them

But He, passing through the midst of them, went His way. Luke 4:30 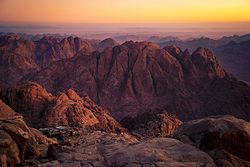 St. Luke, having just narrated that the Lord had been taken by force, ‘thrust out of the city’, and brought by a crowd angry to the point of murder, then goes on to make the bizarre statement I have selected for consideration. While in the midst of a sizeable crowd, which had taken Him to the ‘brow of the hill…that they might cast him down’, Christ took gentle and quiet leave of them, indeed, through their very midst. This is hard to comprehend, and harder still to represent to the imagination— how did He simply walk through a violent rabble, the same crowd that had presumably used some force to ‘thrust’ Him to the brow of the hill? Did they simply lose interest? Did Jesus, just as at the betrayal of Judas, merely turn to them in the strength of His Divine Person and cause them to fall on the ground (Jn 20.6)? Or, as He has done elsewhere, did Christ render Himself inconspicuous and sneak away (e.g. Jn 6.15, 7.10)— perhaps miraculously (Lk 24.31)?

This ‘disappearing act’ Jesus performs from time to time in the Gospels is not so much to be taken as an instruction in or an encouragement of the art of subterfuge, but teaches us about the hidden presence of the Lord, and how it comes about that we so often lose it. The point I mean to make is not about the physical mechanics of how it is that Jesus might move unhindered through a mob of angry people, but how the cloud of God’s presence can slip so easily through our fingers. When we strive to take the Lord by force, and lead Him according to our own will— fiat voluntas mea— or constrain Him to our own imaginings—‘And Peter, taking him, began to rebuke him’ (Mt 26.22)—or seize Him even in prayer, as if we had a title to His utterly gracious presence— ‘Do not touch me’ (Jn 20.17)— we lose Jesus Christ: He, passing through the midst…went His way. The Son of God was hidden to the thief who mocked Him with his demands, and totally present to the one who submitted to Him in repentance. Thus, as Karl Rahner writes, the love of God should never ‘become an expression of burning impatience to win God by our own efforts—to seize Him, as it were, by sheer power of will. The true love of God can exist only in a heart which is humbled by the unattainable majesty and unapproachable holiness of the Everlasting God.’ (Happiness Through Prayer, ch. III)

This submission to God, awaiting His utterly gracious call, is the essential posture of discipleship, and it is here that we must go if we seek His face. We are to be conditioned by Him, or, as St Paul says, ‘be reformed in the newness of your mind’ (Rom. 12.2), so that we might be ‘conformable to the image’ of Jesus Christ (8,29)— He is the firstborn, and as such always prior. This is put another way in the teaching of St. Athanasius, where to be formed in Christ may be described in this way: ‘The desire of the soul is this—to be beautifully disposed’. Man ought to become ‘himself a stringed instrument’, letting the Spirit play His own song on them (Ep. ad Marc., c. 28). In Scripture we find it commanded: ‘open thy mouth wide, and I will fill it’ (Ps 130.11)— what belongs to us is the active passivity of discipleship; becoming a vessel to be filled with Christ, or in this case, an instrument to actively receive Christ. To assume the position of a disciple is to let the Spirit of Christ take the lead and play upon us.

All this is to say that the true Face of God is His back, since we are to be continually disciples following after Him. St Gregory of Nyssa remarks upon this fact, commenting on God’s response to Moses’ request: ‘If I have found favour in your sight, make yourself known to me’ (Exod. 23.13). St Gregory (In Cant. XII) comments that God satisfies this request precisely in passing by Moses so that ‘he could only see His back’, teaching by this ‘that he who desires to behold God sees the object of his longing in always following Him. The contemplation of his face is the unending journey accomplished by following directly behind the Word.’ As he says more succinctly elsewhere, ‘To follow God wherever he might lead is to behold God’ (Vit. Moys. II, 252). So Christ’s promise that if we seek, we shall find (Lk 11.9), turns out to be, by grace, a self-fulfilling prophecy, because the very act of seeking, is the event of finding, God (see Jas. 4.8).

This suggests the unimpeachable prevenience of the call of Christ— His call comes first, we cannot make ourselves into disciples, that is to say, force ourselves (as the would-be disciples found out in Lk 9.57ff) into fellowship with the very Principle of Fellowship, but He calls us to Him. From beginning to end, unless grace comes first (and is controlling throughout), we act in vain. If it is true that ‘unless the Lord build the house, they labour in vain that build it’ (Ps 126.1), then surely, a fortiori, unless God comes to us, in vain do we try and procure His presence. So, although God has set a limit upon the mountain of His presence, His promise is that ‘I will come to thee’ (Exod 20.24). ‘In my bed by night I sought him whom my soul loveth: I sought him, and found him not’ (Cant. Cant. 3.1), because this is to invert the fundamental ordering of discipleship: it is Christ who calls to us and finds us: ‘Open to me…my love’ (Cant. Cant. 5.2). Thus Jesus teaches: ‘No man can come to me, except the Father, who has sent me, draw him’ (Jn 6.44), which the peerless St Augustine explains consists in a ‘sweet and pleasant’ ‘violence’, done to the soul as it is compelled in the liberty of love (see Ser. 131.2), as a sheep drawn by the call and promptings of the shepherd.

So the verse that follows the prompt for this consideration begins, fittingly: ‘And he went down into Capharnaum’ (Lk 4.31), that is, the presence of the Lord descended to be with men, in the fullness of Christ’s prerogative to come to us, without us ascending to Him.